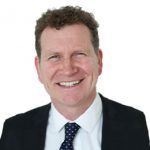 Jonny is a qualified executive coach who is also accredited in psychometric assessment. He worked as a solicitor in the City for many years then moved in-house to a legal and management role. While at university and for many years at the start of his business career, Jonny rowed in the national team, with the highlight being an Olympic Gold in 1992. Jonny is a graduate of Oxford University where he studied Pure and Applied Biology; providing him with his introduction to behaviour and neuroscience.

Jonny spent ten years at Ashurst, initially qualifying into litigation then moving to the corporate team where he co-founded the firm’s sports law group. He moved to Modern Times Group, an international media business where he led the legal function as General Counsel and worked with the Board and Shareholders as Company Secretary.

Jonny had particularly enjoyed the part of his jobs which involved the development of colleagues and effective collaboration. He had also experienced different styles of coaching, mentoring and leadership in elite sport and business and wanted to use that knowledge in his work. His next career move was to coaching, mentoring and facilitation.

Jonny is focussed on seeing people achieve what is important to them. He has a particular interest in supporting individuals with career strategy and transition (having made a number of transitions himself), he also enjoys working with people to create effective collaboration (having seen the value of great teamwork) and likes seeing people become more efficient and effective (and looking after themselves) to enable them to achieve their goals (having seen the importance of a high degree of resilience in his own life).

Outside work, Jonny enjoys spending time with his sons, rowing (!), live music, playing bridge and cooking/eating.  He describes himself at his best as playful, kind, firm and open.