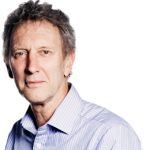 John was a property lawyer with Macfarlanes, the City law firm, where he was a partner for twenty-five years. He formed and for many years ran the Private Client Property group. He also served for five years on the firm’s central management committee being heavily involved in mentoring and recruitment.

He was the graduate recruitment partner for some nine years where he was responsible for the hiring and subsequent training of the firm’s trainee solicitors. He chaired the first committee for the appointment of new partners and designed the process. John was particularly concerned with the development of lawyers at all stages of their careers.

John is a graduate of the Meyler Campbell Business Coaching Programme. He specialises in helping City professionals manage their careers and career change. He enjoys coaching people in anticipation of a promotion opportunity or dealing with the challenges of a new role following such promotion or change of organisation. He is equally at home helping people with pre-retirement planning or guiding those at the start of their careers.

His interests outside work include spending time with his family (wife and three sons), most ball games, choral music, visiting the pub in which he has a share and planting trees in the Gironde.